Why “Just Say No” Doesn’t Work 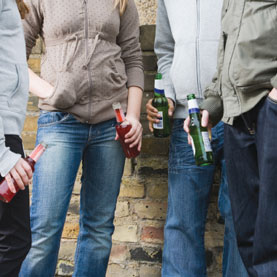 A popular program for preventing teen drug use does not help. Here’s what does

“Just say no.” In 1982 First Lady Nancy Reagan uttered those three words in response to a schoolgirl who wanted to know what she should say if someone offered her drugs. The first lady’s suggestion soon became the clarion call for the adolescent drug prevention movement in the 1980s and beyond. Since then, schools around the country have instituted programs designed to discourage alcohol and drug use among youth—most of them targeting older elementary schoolchildren and a few addressing adolescents.

There is good reason for concern about youth substance abuse. A large U.S. survey conducted in 2012 by psychologist Lloyd D. Johnston and his colleagues at the University of Michigan revealed that fully 24 percent of 12th graders had engaged in binge drinking (defined as five or more drinks on one occasion) in the past two weeks. Moreover, 42 percent had consumed at least some alcohol in the past month, as had 11 percent of eighth graders and 28 percent of high school sophomores. In addition, 1 percent of 12th graders had tried methamphetamine, and almost 3 percent had used cocaine in the past year.